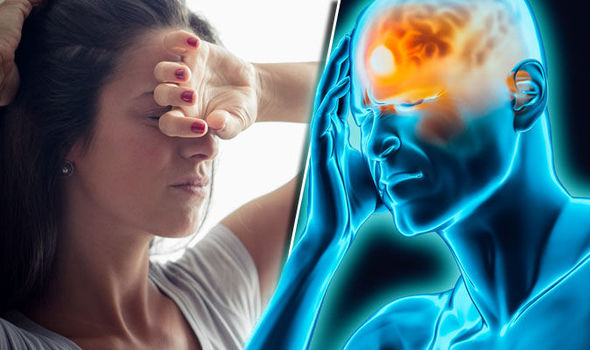 Migraine is commonest type of headache that needs a visit to a doctor. It is also the commonest cause of severe headache. Migraine headaches are different from other types of headaches and can be diagnosed by its characteristics. Family history of migraines, age when the first attack occurred, and frequency and duration of headaches will also help to determine whether an individual is suffering from migraines or not.

The International Headache Society has laid down the guidelines to diagnose the two forms of migraine headaches:

I. At least five attacks per year that last 4 to 72 hours
II. At least two of the following headache symptoms:

1. Pain on one side of the head
2. Pulsing/throbbing pain
3. Moderate-to-severe intensity that inhibits or prohibits one’s ability to work
4. Aggravation of pain by physical activity, such as climbing stairs etc.

III. At least one of the following associated symptoms:

1. Nausea and/or vomiting
2. Light/sound sensitivity (Intolerance to light and/or sound)

IV. No evidence of any other diseases that may cause these symptoms

a. Alterations in vision
b. Numbness or tingling in the face, arm, or hand on one side of the body
c. Muscular weakness or mild paralysis on one side of the body
d. Difficulty speaking or loss of speech.
2. Gradual development of at least one aura symptom over more than four minutes or two or more symptoms that occur at the same time
3. Aura symptoms that last no more than 60 minutes
4. Headache that occurs simultaneously with aura symptoms or follows aura within 60 minutes

III. No evidence of any other diseases that may cause these symptoms

Migraine Phases
Researchers believe that migraine attacks have four distinct phases. These phases are:
1. 1st phase or prodrome
It is experienced by 60% of migraineurs. It starts hours or days before a migraine attack. Many physical and psychological symptoms are seen in this phase. These symptoms vary between the individuals, but remain consistent for a particular individual. The symptoms include:

Aura is experienced by 20% of migraineurs suffering from classic migraine just before the migraine attack. It develops 5 to 20 minutes before a migraine attack and lasts less than an hour.
Aura symptoms include:

1. Scintillation scotomas, which are characterized by a bright rim of light around an area of visual loss and flashing lights or jagged lines that block the visual field.
2. Visual resizing or reshaping of objects.
3. Numbness or tingling of the face, arm, or hand on one side of the body.
4. Muscular weakness.
5. Mild paralysis on one side of the body.
6. Difficulty speaking or loss of speech.

1. Headache on one/both side of the head, behind /around the eyes, posterior or occipital area, or it may be generalized.
2. Intensity of pain is moderate to severe and worsened by physical activity
3. Loss of appetite /Nausea /Vomiting
4. Intolerant to light, sound, or odors
5. Blurry vision /Blocked nose /Pale face
6. Sensations of heat or coldness /Sweating
7. Tenderness of the scalp
8. Prominence of veins or arteries in the temple
9. Impaired concentration /Depression /Fatigue /Nervousness /Irritability

Daradia: The pain clinic feels your pain & sufferings. Located at Kolkata, India it has the facilities of diagnosis, treatment, research and training on pain management.